TB is real, preventable and can be conquered in Africa 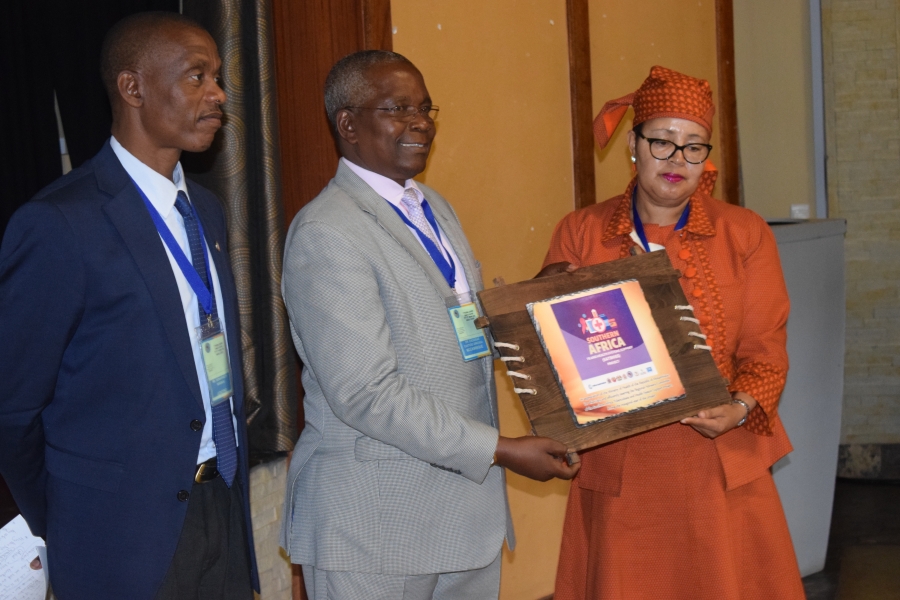 According to the World Health Organization (WHO), TB is the ninth leading cause of death worldwide and the leading cause from a single infectious agent, ranking above HIV/AIDS in 2016.[1] In the same year, there was an estimated 1.7 million TB-related deaths worldwide. Deputy Minister of Health of Lesotho, Mrs Manthabiseng Phohleli, says that part of the solution to tackling the burden of TB in Africa requires that we enhance the scope of current efforts and embrace innovative approaches to roll back the disease.

“We have to expand the scope and target under-served communities in our countries to win the fight and conquer TB in Africa”, Mrs Phohleli said.

Mrs Phohleli was speaking during the 3rd Regional Advisory Committee (RAC) of the Southern Africa Tuberculosis and Health Systems Support (SATBHSS) Project that is taking place in Maseru, Lesotho from 23 – 25 January 2018. She also highlighted the importance of adopting multi-sectoral, multi-ministerial and cross-country approaches to conquer TB together. During the Meeting, Lesotho also accepted the Chair of the RAC which was handed over to them by the predecessor, the Government of the Republic of Mozambique.

Representing Southern African Development Community (SADC), Senior Health Officer, Joseph Mthetwa emphasized on the need to strengthen partnerships and integrate efforts in the SADC region to address the burden of TB. He further stated that during the SADC Joint Meeting for Ministers of Health and Ministers responsible for HIV/AIDS in 2017, the Ministers noted progress that both the SATBHSS Project and TB in the Mines Project have realized in the region in line with indicators to mitigate TB and responding to the 2012 SADC Declaration on Tuberculosis in the Mining Sector. As a result, an update on the work of the two projects will be presented to the SADC Heads of State Summit in 2018.

World Bank (WB) representative, Mrs Janet Entwistle reminded participants that they must not lose sight of the individuals that bare the reality of the effects of the TB epidemic. She stated that TB disproportionately impacts the poorest, therefore cross-country collaboration on the SATBHSS Project provides an opportunity to tackle this problem together and contribute to alleviating poverty on the continent.

“TB is real, it is preventable and can be conquered if we work together”, Mrs Entwistle said.

Principle Secretary (PS) at the Ministry of Health in Malawi, Dr Dan Namarika said that they are pleased to be part of this project because it brings opportunities to strengthen collaboration within the country between Ministries and also at the regional level between countries. Director of Public Health at the Ministry of Health in Zambia, Dr Andrew Silumesi said that they are committed to making the best use of the resources provided by the World Bank to improve the quality and delivery of TB services in the country.

Permanent Secretary (PS) in the Ministry of Health in Mozambique, Dr Zacarias Zindoga said that even though it is preventable and curable, TB is the leading cause of death among communicable diseases. Hence, the efforts adopted under the SATBHSS project must be embraced to achieve the desired impact at the country level, as well as at regional level. Mozambique was Chair of the RAC in 2017. Permanent Secretary (PS) in the Ministry of Health of Lesotho, Mr Monaphathi Maraka put emphasis on the need for multi-sectoral approaches to sustain efforts on the fight against TB. He further stated that our similarities and relationships are more important than our differences, and these can be harnessed to improve current efforts to address the burden of TB together.

Prof. Yoswa Dambisya, the Director General (DG) at East Central and Southern Africa Health Community (ECSA-HC) presented the meeting objectives of the 3rd RAC. He stated that the 3rd RAC Meeting aims at carrying out joint review of the progress in the implementation of the project in year one and review work plans for year two. Prof. Dambisya also said that the meeting provides strategic advice on key issues including the approach for implementation of health care workers TB screening program, compensation approaches and TB management among key populations.

Representing NEPAD Agency, Principal Programme Officer – Policy Specialist, Chimwemwe Chamdimba re-affirmed the commitment of the African Union (AU) leadership and NEPAD Agency in fighting the burden of TB in Africa in line with the targets outlined in the Catalytic Framework to end AIDS, TB and Malaria in Africa by 2030 and aligned to the WHO Global End TB Strategy. She said that there is need for consented efforts to win the war against TB together and in future, expand these efforts to more countries in Africa.

The 3rd RAC Meeting brought together senior representatives and technical experts from Ministries of Health, Labour, Mines and Minerals from Lesotho, Malawi, Mozambique and Zambia, representatives from the World Bank (WB), NEPAD Agency, ECSA-HC, SADC as well as other development partners and stakeholders. The project participating countries presented the work implemented at national level in the first year of implementation of the project in 2017 and presented their work plans for the second year, 2018. NEPAD Agency and ECSA-HC also provided their work plans for 2018 and implementation status in 2017. The 3rd RAC provided an opportunity to review and reflect on the work accomplished so far on the SATBHSS Project and brainstorm how to refine implementation strategies in year two to maximize impact. 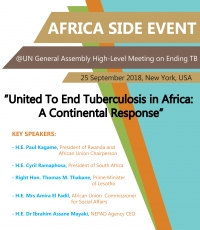 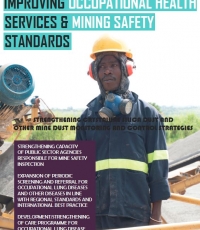